Although President-elect Barack Obama has only just won the election, planning has been in the works by many in Wilson to go to his inauguration in January.

The Wilson branch of the NAACP began planning its trip a couple of weeks ago, and the …

The bulk of the comments centered around concerns about …

For the third time in four seasons, North Johnston and Ayden-Grifton will meet in the varsity football regular-season finale to decide the 1-A Carolina Conference championship.

But death for each came within days, if not hours, of one another last month.

And all had their day on the community sports scene. Each left his …

With just one week left in the regular season, the Southern Nash and SouthWest Edgecombe football teams are in good shape for continuing into the state playoffs, but a win for either team would make one feel a lot better.

With a share of the NEW 6 Conference championship and the league’s top seed in the N.C. High School Athletic Association 3-A playoffs at stake, the Fike varsity football team visits long-time rival Rocky Mount on Friday night in the regular-season …

It’s Bruins vs. Warriors with a lot at stake

Hunt needs a win to get in playoffs

First place in the 3-A Eastern Carolina Conference is already decided, but that doesn’t mean the final week of the season is without drama.

Two straight conference wins give Hunt (3-7, 2-2 ECC) a shot at second place in the ECC and a postseason …

Fans want an unbeaten season, expect the 16th-ranked Cardinals to keep climbing in the polls and, perhaps, complete an improbable run to reach a BCS bowl game. …

Tony Parker was too busy to even think about how many points he scored. Amare Stoudemire thought he had a couple more than he actually did.

Parker had a career-high 55 points, including a 20-footer at the buzzer to force a second overtime, in …

You have achieved an historic victory, and in doing so have knocked down the greatest racial barrier in this country.

The town could be hiring a new police officer today.

Bailey commissioners will be holding a special meeting at noon at the town maintenance building on Main Street, where they will be interviewing an applicant for a police officer …

Marcus Borg will be the featured speaker for the 2008 Allan R. Sharp Religion in Life Series set for Monday, Nov. 17.

The Allan R. Sharp Religion in Life Series focuses on topics of practical Christian significance for the general public …

A Wilson man who was arrested May 2 after robbing the downtown BB&T bank was sentenced in Wilson Superior Court Wednesday.

Have you wondered what kind of criminal history your neighbor, babysitter or friends have that you don’t know about?

Well, this weekend, you will be able to find out.

123nc.com, a North Carolina based company that provides access to criminal …

Wilson will honor American veterans Tuesday during a program at the Wilson County Courthouse.

The Veterans Day Program will begin at 11 a.m. at the courthouse square with patriotic ceremonies and songs leading up to the guest speaker, Heidi …

Last year there was a 10 percent increase in the home health workload, and the …

Wayne Outlaw has spent his entire life serving the public, and he plans on continuing that in Nash County.

Outlaw was selected by the Nash County Board of Commissioners during the Monday meeting to replace the late Jay Alford, the District 5 …

Teen has sentence delayed so he can serve in Iraq

A Wilson teenager who was charged with involuntary manslaughter after an automobile accident on Christmas Eve 2007, will not have his case resolved until he returns from active duty in Iraq.

Robert Kubas, 19, of Elm City, was speeding when his … 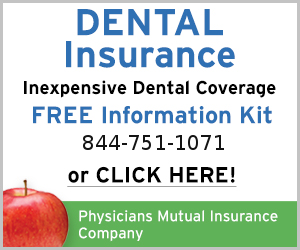