Apple workers in Maryland face hurdles after vote to unionize 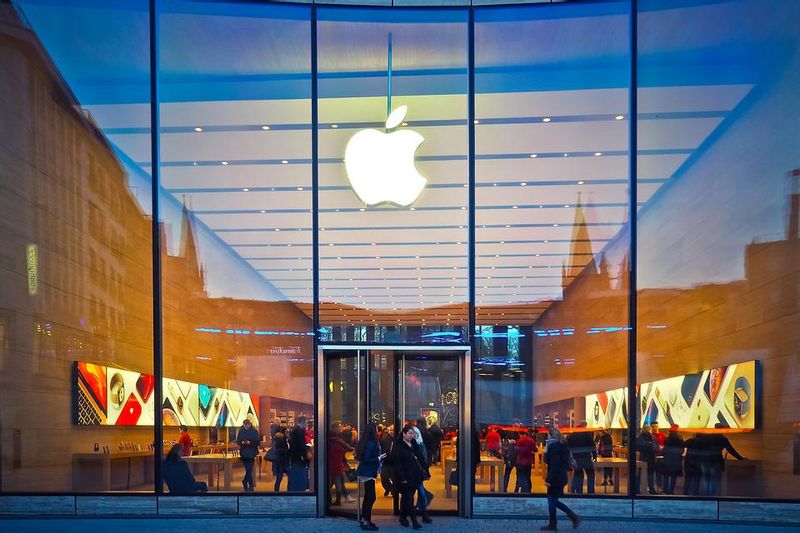 TOWSON, Md. — The historic vote by employees of a Maryland Apple store to unionize — a first for the technology giant — is a significant step in a lengthy process that labor experts say is heavily stacked against workers in favor of their employers.

Apple store employees in a Baltimore suburb voted to unionize by a nearly 2-to-1 margin Saturday, joining a growing push across U.S. retail, service and tech industries to organize for greater workplace protections.

It’s not yet clear whether the recent wave of unionizations represent a broader shift in U.S. labor. But experts say the current shortage of workers for hourly and low-wage jobs means employees have more power than they had historically, especially when unemployment is low.

“It’s not that big a deal to lose one of these jobs because you can get another crummy job,” said Ruth Milkman, labor scholar at the City University of New York.

The question is, what happens now?

The Apple retail workers in Towson, Maryland, voted 65-33 to seek entry into the International Association of Machinists and Aerospace Workers, the union’s announcement said. The National Labor Relations Board now has to certify the outcome. A spokesperson referred initial queries about the vote to the board’s regional office, which was closed late Saturday. The board did not immediately respond to an Associated Press message on Sunday.

Once the vote is certified, the union and Apple can begin negotiating a contract.

“Labor law in the United States is a long process. And so the fact that a single store negotiates or elects a union doesn’t mean that there’s a negotiated contract in the workplace. And we know in recent history that in many of these situations, parties are unable to come to terms on an initial contract,” Michael Duff, a former NLRB lawyer and professor at University of Wyoming College of Law, said Sunday.

“The employer in the United States has an awful lot of rights to simply withdraw recognition at the end of the process. The employer can prove that it no longer supports a majority of the employees in the bargaining unit,” Duff added.

Even after a union is certified, a company has a number of legal maneuvers at its disposal to fight it, Duff said. For instance, Apple could say it doesn’t believe that the bargaining unit certified by the NLRB is an appropriate bargaining unit. and refuse to bargain with the union.

“If that happens, the whole thing goes to the courts and it could easily be a year or two before you even get the question of whether the employer is required to bargain with the union,” Duff added.

Labor experts say it’s common for employers to drag out the bargaining process in an effort to take the momentum out of union campaigns. It’s also possible that Apple — or any other company — restructures its business so the unionized workers are reclassified as independent contractors and not employees, in which case the union vote is moot, Duff said.

The successful vote serves to inspire workers around the country to organize, said John Logan, director of labor and employment studies at San Francisco State University.

“Workers are already organizing at other Apple stores, but this shows them the company is not invincible,” he said.

“The public has a very direct relationship with companies like Apple, so the first union victory will generate enormous traditional media and social media coverage,” Logan said. “Young workers learn union activism through this coverage, and some will likely be inspired to try to organize their own workplaces.”

Despite U.S. labor law being stacked against workers, Duff said he thinks that “if there is going to be a reawakened labor movement in the United States it will happen in just this way.”

Union organizing in a variety of fields has gained momentum recently after decades of decline in U.S. union membership. Organizers have worked to establish unions at companies including Amazon, Starbucks, Google parent company Alphabet and outdoors retailer REI.

The International Association of Machinists and Aerospace Workers and the Apple employees who wanted to join said they sent Apple CEO Tim Cook notice last month that they were seeking to form a union. The statement said their driving motivation was to seek “rights we do not currently have.” It added that the workers recently organized in the Coalition of Organized Retail Employees, or CORE.

“I applaud the courage displayed by CORE members at the Apple store in Towson for achieving this historic victory,” IAM International President Robert Martinez Jr. said in the statement. “They made a huge sacrifice for thousands of Apple employees across the nation who had all eyes on this election.”

Martinez called on Apple to respect the election results and to let the unionizing employees fast-track efforts to secure a contract at the Towson location.

The IAM bills itself as one of the largest and most diverse industrial trade unions in North America, representing approximately 600,000 active and retired members in the aerospace, defense, airlines, railroad, transit, healthcare, automotive, and other industries. Logan said the Apple victory shows that the established labor movement “is capable of adapting its self to the needs of the group of independent-minded, self-confident workers you find at Apple stores.”

The Apple store unionization vote comes against a backdrop of other labor organizing efforts nationwide — some of them rebuffed.

Many unionization efforts have been led by young workers in their 20s and even in their teens. A group of Google engineers and other workers formed the Alphabet Workers Union last year, which represents around 800 Google employees and is run by five people who are under 35.

“This is the generation with the kind of world view that’s really different than we’ve seen in many generations,” said CUNY’s Milkman. “They believe in this.”