After finishing third in its first appearance in the Farris & Thomas Holiday Tournament last season, the Southern Nash High boys basketball team will play for all the marbles this year.

Behind 29 points from star point guard Jordan Vick, the Firebirds advanced to Thursday’s championship with a 72-44 victory over host Beddingfield on Tuesday night.

The 3-A Firebirds of the 2-A/3-A Big East Conference, who remained unbeaten on the season at 9-0, took a seven-point lead into halftime before sprinting away with a 43-22 second half in which their lead grew to as much as 31 points.

“Jordan played well,” said Southern Nash head coach Robbie Kennedy. “Early on, we didn’t play really well. We weren’t rebounding really well, we were fouling too much. In the second half, we did a better job of getting some steals, getting out in transition.”

The long-range shot was the Firebirds’ friend, as Southern Nash knocked down 10 3-pointers on the night. The team also controlled the boards in the second half, and generated plentiful second-chance points off offensive rebounds.

“We’ve got some guys that can shoot,” Kennedy said. “We haven’t shot the ball really well all year. When Jordan shoots more of a set shot, he shoots it really well, as opposed to when he jumps. … He hit a bunch. We made open shots.”

Vick’s 29 points led the Firebirds, followed by Israel Whitaker with 10.

“I think I was just feeling the ball,” Vick said. “I felt my shot a lot better. I went to the gym earlier today and I got some shots up to get my shot right. So I was ready.”

The 2-A Neuse 6 Conference Bruins (3-7) were done in by missed opportunities in the first half, which doomed them as Southern Nash’s shooters caught fire in the second.

Zimire Avery led the Bruins with 16 points, followed by Taevon Edwards with 11.

“We couldn’t hit shots in the first half, and then that just started killing our momentum and energy,” said Beddingfield head coach Anthony Burns. “Vick started hitting a couple big 3s, we had a few turnovers and it just went sideways.”

After the Firebirds took a 12-6 lead through a defensive slugfest of a first quarter, both teams started to get shots to fall in the second, and Southern Nash took a 29-22 lead into halftime.

With the Firebirds up 37-27 about halfway through the third quarter, Vick buried 3-pointers on back-to-back possessions to balloon Southern Nash’s lead to a game-high 16.

That sparked what turned into a 15-4 run to end the frame for the Firebirds, as Southern Nash continued to lock the Bruins down and get out in transition, with Thomas Copeland also knocking down a 3 to allow the visitors to take a 50-31 lead into the fourth.

“Defensively, we played man pretty much the whole second half instead of playing zone. That gave them a lot of problems,” Kennedy said. “Jordan, Jayden (Whitaker) and Thomas do a really good job on the ball, so they cause a lot of turnovers. And we wanted to make them shoot jump shots, because I didn’t think they could shoot really well. They missed some shots and we were able to get out in transition.”

The Firebirds kept pulling away to start the fourth quarter, starting it with a 12-0 run in the first three minutes to balloon their lead to an unassailable 31 as Vick and Israel Whitaker each buried 3-pointers.

“We see a couple go in and our eyes get really big,” Vick said. “We shoot a lot of them.”

While Beddingfield did not get the result it hoped for on its home court, it will get a shot at a rubber match with one of its county rivals. The Bruins will take on the loser of Wednesday’s game between Hunt and Fike in the third-place game Thursday at 5 p.m. as they look to regroup.

“That’s up to them,” Burns said. “I told those guys, we come in here and play at 5 o’clock, consolation game. It doesn’t really mean much, but if they want to win a rubber match against Hunt or Fike, they’ve got to come ready to play.”

The Firebirds will now play for the championship in just their second year as a participant in Wilson’s Yuletide dribblefest, as they’ll face the winner of the Hunt-Fike matchup Thursday with an 8 p.m. tip-off.  The last time a team from outside Wilson County won a boys Christmas tournament championship was C.B. Aycock in 1994.

All games played at Beddingfield High 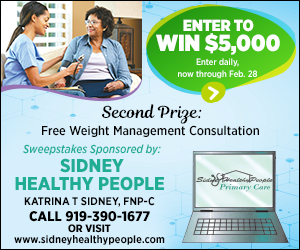