The Independence Day weekend calls for some kind of celebration, observance or trip. This year, our trip was leisurely, brief and free from airports, busy highways and stress.

My husband Fred and I took a road trip on Saturday that satisfied our need to get away and to celebrate the holiday with views of rural North Carolina and a little Americana as well.

The excursion lasted almost six hours and took us down some country roads that we had not yet traveled. The first takeaway was, of course, the green and lush scenery through farm country and rural communities with views of seasonal crops, country homes and farm buildings.

We started down N.C. Highway 58 West in Wilson County and went through Nash, Warren and Franklin counties before we headed back home. Crops, which included tobacco, corn, soybeans, peanuts, cotton and vegetable gardens, grew in red soil. Some of the crops looked good, while others looked less promising due to the drought conditions in our state.

Sunflowers, Queen Anne’s lace and crepe myrtle seemed to be in good condition.

The Tar River looked as low as we had ever seen it, and the Swift Creek, Fishing Creek and others along the route were probably also low.

Some of the architecture charmed us. We talked about some Greek Revival homes along the countryside and in Nashville, Red Oak, Warrenton and other communities as we passed by.

There was a classic, red barn that caught our eye near the road in one community. The barn reminded us of our trip to Vermont years ago where red barns were everywhere, examples of Americana for sure.

Other charmers were cows at pasture, bales of hay lined up just so in the field and pastoral scenes with space for cows and horses to graze and drink.

As we rode through Inez in Warren County, we got a good view of the Cherry Hill Plantation, the early 19th-century home that has been used as a concert theater since the 1960s. Fred and I reminisced about several concerts that we have attended there, performances by professional classical artists. The concert patrons sit in the same room where the artists perform, giving an intimate and close-up musical experience.

Our first stop was in Warrenton, where we saw Oakley Hall Antiques & Art Inc. on Main Street. We just had to go inside. What a display of antiques, collectables and art we saw. Fred found two 100-year-old American pipe bowls for his collection; I found a sweet little Depression glass bowl that I did not need but wanted for our home. Our conversation with the owner was comfortable, and at the end of the talking, he said, “It doesn’t matter what you do, as long as you are happy.”

Next, we stopped by George’s Restaurant in Warrenton, also on Main Street. Our lunch was tasty, the service was good and the portions were large enough to take some home for another meal.

After leaving Warrenton, we went through Norlina, where we found Roost Crossroads, another antiques and collectables place. One of the takeaways was conversation with the shopkeeper, who knew someone from Norlina who had moved to Wilson some years ago.

An older gentleman friend of the owner was seated in a comfortable chair and contributed to the conversation. He said at one point, “I think I’ll go home, get a cup of coffee, sit on the porch and watch the world go by,” a statement that went well with the relaxed and rural atmosphere of the community.

At Roost Crossroads, Fred found some late 19th-century window sashes with old, wavy glass that he plans to use in his business. My takeaway was a small, blue and cream, spongeware Robinson Ransbottom pottery bowl, which will be just right for serving fresh, thinly sliced summer tomatoes, seasoned with salt, pepper, sugar, red wine vinegar and a little green Cheynne pepper.

On the way home, we had to take a detour due to a parade in Castalia. We got to take a road less traveled, so to speak, and see some new scenery.

Our six hours were simple, memorable and free from stress. The trip was just right for a Saturday before July 4. There were no travel stresses, no fireworks and no expenses that we had not anticipated. Our takeaways were aligned with our expectations.

And they were loaded with Americana for the patriotic weekend. 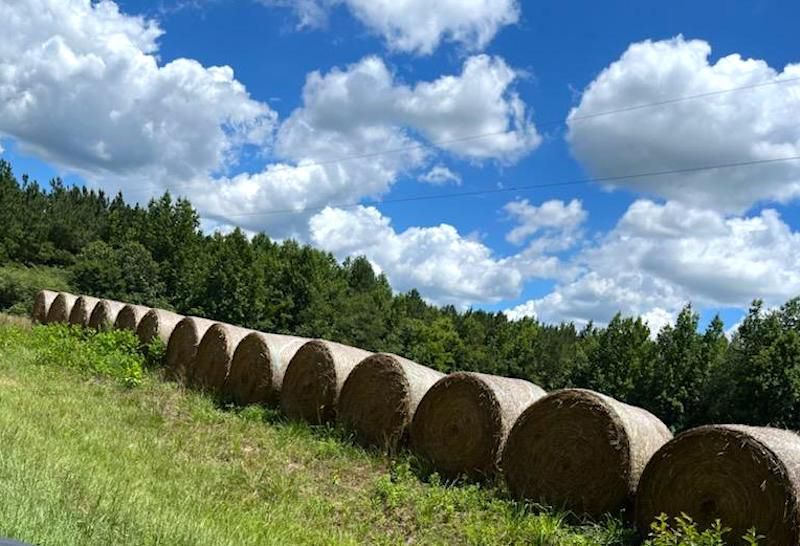 Sanda Baucom Hight shared this picture of hay bales she spotted on the roadside during a Saturday trip with husband Fred. In addition to a classic red barn, she writes, “(o)ther charmers were cows at pasture, bales of hay lined up just so in the field and pastoral scenes with space for cows and horses to graze and drink.” Contributed photo 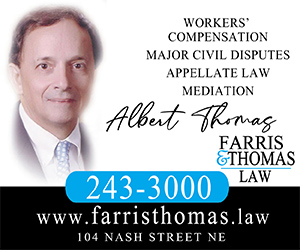