AYCOCK TRANSMISSION MEET THE BULLDOGS: Perrell shines in many ways for Barton

As a member of the original sod-laying recruiting class for the third edition of football at Barton College, Jackson Perrell literally helped build the program from the ground up. The speedy wide receiver was on campus before Truist Stadium was built and helped sod the practice field with his teammates. Perrell, who plans to graduate in May, caught six passes for 69 yards this season and had a career day with 98 rushing yards in Barton’s season-ending 51-22 win against Erskine last Saturday.

In the 12th and final installment of Aycock Transmission Meet The Bulldogs for this football season, Perrell talks with Times sports editor about his favorite players growing up, his plans for a career in special education, life at home with his roommates, where is the best barbecue in his hometown of Lexington and what he loves so much about playing football at Barton.

PD: Did you play any other sports in high school?

JP: I played second base and pitched.

JP: It was kind of neck and neck growing up. And then once I hit high school, I kind of leaned more towards football. Just kind of got burned out a little bit with baseball playing every weekend.

PD: Now who was your favorite athlete growing up?

That’s a tough one. Let’s see, growing up — are you talking about football?

PD: Any, you know, whoever your favorite athlete was.

JP: I always liked Tim Tebow growing up and then, football-wise, I’ll probably have to say like Chris Johnson from ECU because he was just fast and reminded me of myself. And in baseball it probably would be Derek Jeter.

PD: So are you a Yankees fan?

JP: Actually, I’m a Braves fan. I just like Jeter.

PD: What’s your major in, Jackson?

JP: I’m majoring in interdisciplinary studies. But I plan on being a special ed teacher and coaching.

PD: I got you. You’re saying you’re going to graduate soon, right?

PD: Are you graduating in December or May?

PD: Oh, OK, so you’re going to be around. And so you’ve already got it mapped out what you want to do, I guess. That’s pretty cool. A lot of guys don’t really know for sure what they want to do at this point.

JP: I was very fortunate. In high school, I figured out what I really wanted to do. And I’ve always enjoyed going to the Miracle League, and volunteering at the Special Olympics and stuff. So it’s always been something I’ve enjoyed.

PD: That’s awesome, man! That is great stuff. Well, tell me, who are your roommates here in Wilson?

PD: Oh, OK. Yeah, I talked to Alex earlier this year, when I asked him, it didn’t sound like he did a whole lot of cooking. Do you guys ever do any cooking?

JP: Yeah, I mean, we grill out here and there. But other than that, we just get something or we make something on Monday and just live off the leftovers.

PD: Well, yeah, I think he said that you guys like to grill, but grilling is not quite the same as just everyday cooking. But yeah, it’s better than nothing, right? Do you guys go out to eat a lot?

PD: When you say that you cook something at the beginning of the week and try to make it last all week, was that like spaghetti? Or something?

PD: Growing boys, man! You’ve got to eat, right? Now what about going out to eat? Do you guys ever go out to eat here?

PD: What was your favorite family vacation?

JP: We do like a two-week thing in July. We go down to Myrtle Beach but pretty much every Fourth of July trip has always been a good time.

PD: So, you’re kind of near the mountains but not really in the mountains, but are you more of a beach guy than a mountain guy?

PD: There you go! So you guys go down to Myrtle Beach. So what kind of things do you like to do when you go to the beach?

JP: We normally just sit out on the beach all day and then we’ll go out to eat that night or we’ll grill out. I just like hanging out with everybody. Just good catching up with friends that we know down there, just hanging out.

PD: Who has been the greatest influence in your life?

JP: Oh, you’re good, but he’s always kind of kept me into sports because he loved watching me when he was still alive. So I always wanted to finish out what I started for him.

PD: What was your brother’s name?

PD: Jared, and then what about your dad? What’s your dad’s name?

PD: Tell me a little bit about your dad.

JP: He actually played — he was a three-sport athlete in high school. He graduated in ‘93 and then after that he was in the Marines until I was born. So he’s kind of drilled that into me about hard work. He’s just always been my go-to supporter — no matter what happens, he’s gonna be there for me. But him being in the Marines and stuff, he’s taught me a lot of life lessons. It’s always stuck with me.

PD: Man, that’s awesome. Now if there’s one person, living or dead, that you could have dinner with, who would that be?

JP: Ooh! That’s tough. Are you talking about a famous guy?

PD: Man, it can be anybody, living or dead, so it’s going to be tough because there’s been billions of people who have lived!

JP: Shoot! I don’t know, I want to say a dinner with Johnny Cash would be pretty cool.

PD: The old country is the only country for me! … So, is Johnny Cash your all-time favorite?

JP: I don’t know. I like his music. Probably Alan Jackson’s up there for me. I like listening to him. Hank Jr.

PD: Man you’ve got some good ones. … Do you have any hobbies? Is there anything you like to do in your free time?

JP: In my free time, like in the summer, I’m always at the lake or the beach. But I like hanging out at bonfires, hanging out with my buddies doing whatever.

JP: Yeah, I like hanging out with people. I’m a real friendly person.

PD: Do you guys split up your chores at home?

JP: So I normally get the dishes and I’ll vacuum and stuff. Maddox is normally cleaning the countertops, and then Alex has got trash. We’ve just all got different stuff.

PD: So you guys have agreed on your own to split up the chores and divide them up?

JP: Yeah, we’ll just say, we’re gonna do this and you do that. and then we’ll just work it out together.

PD: Man, you guys are getting close to adulting there.

PD: (laughs) That’s pretty good. Well that’s a good way to avoid conflict. … What’s your favorite TV show or recent movie? Do you watch television or go to the movies? What ones do you like?

PD: “Road House!” Do you mean the original one with Patrick Swayze?

PD: That movie’s older than you, man!

JP: Me and Alex, we watch that one a bunch.

PD: Yeah, that is a classic movie. I used to laugh because it’s so, I mean, it’s sort of a cult favorite now.

JP: It’s supposed to have Conor McGregor in it.

PD: Oh, man, that would be good. Well, you can’t beat The Swayz though.

PD: Yeah, down at the Double D, man. Yeah, I’ve watched that movie a bunch of times. … Well, what’s your favorite thing about coming to Barton and playing football?

JP: Biggest thing was my decision coming out of high school to choose Barton was actually — me and Maddox, we really didn’t know much about it until our coach, he got coached by Coach Hester at Catawba. … So me and Maddox came down here, but touring the campus and the town, it felt just like home and welcome. Like, the fans were really supportive. It was a small school so we didn’t really want nothing too big. But just the big thing is like the teachers knew you by a first-name basis, everybody knows everybody. I mean, it just felt like home for us.

PD: So you and Maddox are from the same high school?

JP: Yes, sir. We’ve been with each other since middle school.

PD: Oh, wow. See, I didn’t even know that. That’s pretty awesome. Now what about Wilson in general — you mentioned this is a lot like home. You’re from Lexington, right?

PD: I’ve never been to Lexington. Is it very similar to Wilson?

JP: Yeah, I mean, everybody knows everybody from where we’re from. And we kind of liked how the community in Wilson was kind of like our place because, back in high school, everybody came to football games on Friday nights. And it was a lot of support from people. I mean, shoot, some people you may not even know knew about you and they always congratulated you. So we kind of liked that about Wilson. It kind of felt like home and plus the barbecue. We follow barbecue pretty good.

PD: Well, see that was the question I was trying to remember I needed to ask you! It was because you’re from Lexington, man! I’ve asked a lot of guys about barbecue but you’re from one of the hot spots.

JP: I’ll probably have to say The Honey Monk.

PD: The  Honey Monk, is that an old place?

PD: Now what are some of the other famous spots in Lexington?

JP: You got Lexington Barbecue. You got Speedy Lohr’s. And then you got The Barbecue Center.

PD: Wow. You guys have even more places than we do. All right now, very important question here. You’ve grown up eating western barbecue but yet you’ve seamlessly come to eastern North Carolina and adopted the eastern style. What can you say about both kinds of barbecue? I’m not asking you to pick one over the other.

JP: Both are good but I’m going stick to my roots and go with the western style

PD: I’ve never had true Western barbecue. I’ve had you know like I remember we were in high school, we’d get like that barbecue that’s like a sloppy joe with barbecue and it wasn’t really barbecue. But from a real bona fide western North Carolina barbecue establishment. I still have never eaten at one.

JP: Now Parker’s, they are real close. I mean, I gotta give it to them. They make real good barbecue.

PD: But can you beat the number of sides and the fried chicken that comes with the Parkers and Marty’s that you get in eastern North Carolina?

PD: Yeah, that’s the thing I noticed about the western part. The ones that I have eaten at in Greensboro. They don’t have fried chicken.

JP: Yeah, I mean, they kind of stick to the barbecue. 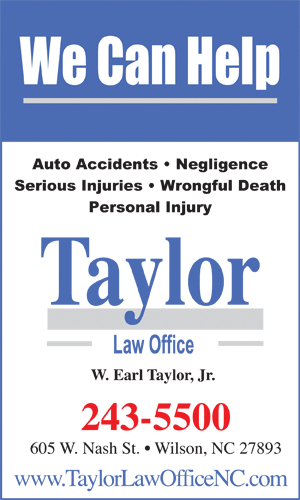